In seven GOP debates, not one of the candidates, who all claim to be fiscally conservative, has vowed to stop today’s astronomically high federal government spending and to balance the budget now. At best, they talk about slowing the growth of the federal government.

When business owners and families spend more than they take in, they are forced to take action—or pay consequences. They must stop overspending immediately, balance their budget, and come up with a plan to pay off their debt.

In 2012, Republicans and Democrats in congress voted for a ten-year plan to balance the budget. If they had kept their word, the 2022 budget would be balanced. But in December 2015, the Republican-controlled congress not only refused to balance the budget by then, they passed a spending bill which, projections show, will nearly double today’s deficit, raising it to over $1 trillion.

“Clearly, neither Democrats nor Republicans have the slightest intention to reduce total government spending or balance the budget—ever,” he said. “Not to mention paying off the federal debt, which will cost Americans $255 billion in interest payments this year, and rise to $830 billion in 2026.”

“If that wasn’t bad enough,” he said, “these projections assume the federal government will collect a staggering $1.7 trillion in new tax revenue—every year—beyond what we’re already paying today.”

“We must stop overspending now. Not in ten years. Now,” he said.

Government overspending and low interest rates have been harming the U.S. economy for years.

High government spending depletes the private sector of capital needed to create jobs. As a result, millions of Americans are unemployed, underemployed, or working two jobs to make ends meet.

The government prints hundreds of billions of dollars out of thin air every year to cover expenses, which devalues the dollar. Retirees despair as they watch their nest eggs dwindle. Older workers, afraid to retire, continue to work instead. This makes jobs even harder to find for young workers. Prices of food, housing, and other essentials continue to rise, lowering everyone’s standard of living.

“The damage done by high government spending goes beyond wreaking havoc on the economy,” said Sarwark. “It fuels Big Government and all its abysmally failed programs: the Iraqi war which gave rise to ISIS; heavy-handed regulations that force small businesses to close their doors; and the drug prohibition, which has failed to prevent a growing epidemic of heroin addiction, has incarcerated millions of nonviolent African Americans, and has made our streets unsafe.”

“Why hasn’t every single candidate who claims to care about the American economy been talking about balancing the budget—now—in the first fifteen minutes of every Republican and Democratic debate?” asks Sarwark. “Why can’t they talk about cutting anything beyond the trifling amounts that are used to subsidize Planned Parenthood?”

Libertarians are serious about cutting spending. In 2014, dozens of Libertarians running for federal office pledged to cut military spending by 60 percent. This will force the closing of unneeded military bases all over the world, stop dangerous overseas ventures, and still leave the U.S. with the strongest military in the world.

Dozens of Libertarian candidates who ran in 2014 also pledged to bring down federal spending to $1.65 trillion, the level in 1998 when Democrat Bill Clinton was president. This balances the budget while ending the federal income tax and putting an average of $11,525 back into the family budgets of hard-working Americans every year.

“This is why the Libertarian Party is needed,” said Sarwark. “Voting Libertarian is the only way to end the superficial banter that dominates GOP debates and to focus instead on serious proposals to reduce today’s dangerously high government spending.” 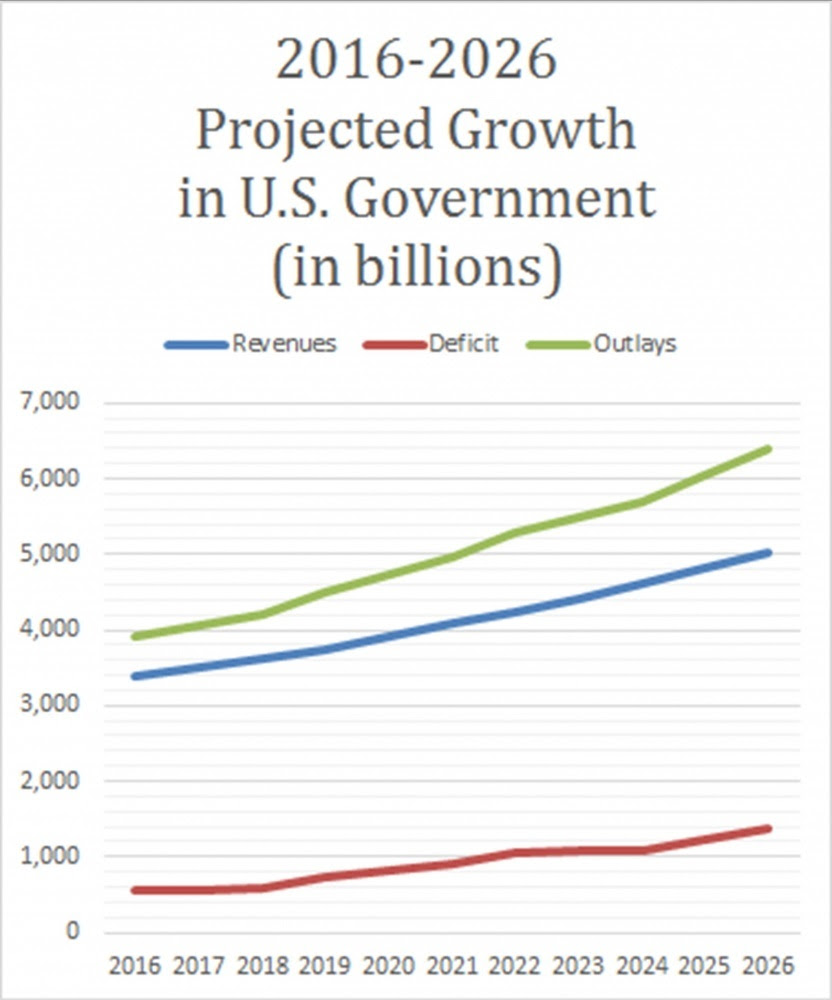