Last night, May 31, 2015, Republican Senator Rand Paul stood in the way of the U.S. Senate from renewing major sections of the poorly named Patriot Act. Initially, Paul was getting time blocked by Senators John McCain and Senator Dan Coats who were using fear-charged language to denigrate those who sought the federal government to be in compliance with the U.S. Constitution. Though it was a major step forward to the federal government respecting the rights of law-abiding Americans, in the overall scheme of things, it was a small dent. A welcomed dent for millions of supporters of freedom and the U.S. Constitution. As Libertarians have been saying since the Patriot Act was first enacted in 2001, parts of the Patriot Act were recently found to be unconstitutional because it causes every American to be treated as a suspect in a crime.

Yesterday’s session was political theater because establishment senators were already prepared to let those sections expire and be replaced with the USA Freedom Act. Paul stood in the way and shortly after 9:30 p.m., Senate Majority Leader, Mitch McConnell introduced a few amendments to the USA Freedom Act and then the senate adjourned to debate those amendments this afternoon.

READ THE REST OF THE ARTICLE HERE

Libertarians across the nation are planning parties this evening and tomorrow to celebrate, as the major sections of the so-called Patriot Act are set to expire at midnight tonight. Libertarians were the rare group who opposed the Patriot Act when it was first enacted in late October 2001 as they felt it was anything but patriotic and it was a clear violation of the U.S. Constitution. They have since been proven right. Regardless, under orders of Senate Majority Leader Mitch McConnell, the U.S. Senate is set to convene later this afternoon, May 31, 2015, to vote on some reforms to the Patriot Act with a reform called the USA Freedom Act which was passed by the U.S. House on May 22, 2015. Even if the USA Freedom Act was passed later today, it would not end the mass surveillance of typical Americans by the federal government. Executive Order 13470, which President Obama has quietly not rescinded from the George W. Bush era, would still be in effect as well as other sections of the Patriot Act which have been made permanent.

From the liberal New York Times to the Washington Post, major news organizations are supportive of letting the Patriot Act expire this evening. In an opinion piece this weekend, the New York Times stated, “There is no question that the federal government should have broad authority to investigate terrorism threats and suspected spies operating in the United States. This is particularly critical in light of the Islamic State’s quest to inspire people in the United States to carry out attacks. But the government has not offered persuasive evidence that bulk collection of phone records has been crucial to foiling plots. Besides, federal officials retain authority to conduct surveillance by other means.” The Washington Post’s Editorial Board is supportive of seeing the expiring sections of the Patriot Act expire and replaced with the USA Freedom Act.

READ THE REST OF THE STORY HERE

Hillary Clinton officially declared she is running for the President of the United States in 2016. Click here for the full story of her announcement, see her announcement video and see how her entering the race affects the entire presidential field! 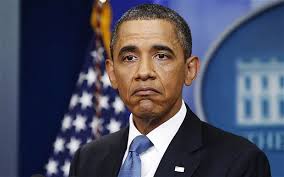 Paul has been working to bridge the gap between the Republicans and Democrats. Often seen as a libertarian in Washington, D.C. and has made no bones about his intent to run for President in 2016 as a Republican. Maher, a liberal who donated at least $1 million to Barack Obama’s last campaign. Maher was impressed with Paul’s answer concerning the number of Americans in jail, when Paul said, “I think it is a fiscally conservative thing to want less people in prison, particularly non-violent people cause it is extraordinarily expensive.”

When it came to global warming Paul satisfied Maher and his audience with, “There is abundant evidence that carbon is increasing and has been increasing since the industrial age. All I ask for is that the solution has to be a balanced solution and you have to account for jobs and jobs lost by regulation. And I am not against regulation; I think the environment has been cleaned up dramatically through regulations on emission as well as clean water over the last 40 to 50 years. But I don’t want to shut down all forms of energy so that thousands and thousands of people lose jobs.”

Yesterday, July 8, 2014, the United States Senate vote to proceed with a measure to consider for floor consideration the so-called “Bipartisan Sportsmen’s Act of 2014.” Designed to help re-elect anti-gun Democrats in the 2014 primary and general elections, Senate Bill 2363 does not comport with the U.S. Constitution and prior U.S. Supreme Court decisions.

Read the rest of the story here.

Yesterday, May 6, 2014, the Young Americans for Liberty (YAL) organization announced their plans for their 6th annual national convention. The convention will occur from July 30, 2014 through August 2, 2014 in Arlington, Virginia and attendance is by invitation-only – participants must apply to attend.

Read the rest of the story here.

“I’ve been pretty harsh about where the [Republican] party is now. I think we evolve, adapt or die because we’re winning a lot of Congressional seats but we’re not winning nationally. We win rural America and we lose the cities,” Paul said during a wide-ranging interview on Boston Herald Radio and a subsequent sit-down with Herald reporters and editors.

“I’ve been pretty harsh about where the [Republican] party is now. I think we evolve, adapt or die because we’re winning a lot of Congressional seats but we’re not winning nationally. We win rural America and we lose the cities,” Paul said during a wide-ranging interview on Boston Herald Radio and a subsequent sit-down with Herald reporters and editors.