Today’s nomination process was challenging; however, Chair Nick Sarwark expertly threaded through the many interruptions (Robert’s Rules of Order) to get the hundreds of Libertarian delegates to vote for their nominee. Sarwark and all members of the Libertarian National Committee deserve a tremendous amount of gratitude from the delegates and the general membership of the Libertarian Party for handling the difficulties of putting on an online nominating convention. This weekend’s convention will continue tomorrow at 11 a.m. Eastern to nominate the party’s Vice-Presidential nominee. Although delegates will be participating on ZOOM, the public will be able to view tomorrow’s nomination via YouTube and other channels.

Jo Jorgensen will face the Republican Party and Democratic Party presidential nominees who are Donald Trump (incumbent) and Joe Biden, respectively. Jorgensen’s success in the 2020 general election will largely depend upon her ability to garner media exposure. Whether the mainstream media chooses to give Jorgensen equal or significant air time and print alongside Trump and Biden remains to be seen. Jorgensen also gives Republicans and Democrats a better option than the two other candidates who will likely be on the ballot in all 50 states.

The Libertarian Party is accustomed to making history, so today is not unusual. The party’s first presidential candidate was openly gay and had the first female to receive an electoral vote in the 1972 general election. The Libertarian Party was supportive of marijuana legalization decades before the rest of the nation came around to their way of thinking. The same can be said on a multitude of issues like asset forfeiture, same-sex marriage, foreign policy, etc. The Libertarian Party has been the most-advanced political party when it comes to maximizing the freedom of the individual.

The material provided on this website should be used for informational purposes only and in no way should be relied upon for financial advice. Please be sure to consult your own financial advisor when making decisions regarding your financial management. I am not in any way a licensed anything and some people think I am a bit of a dolt.

While there are numerous news headlines telling you that Warren Buffett has lost his touch and you should abandon Berkshire Hathaway (BRK), I feel investors should do the opposite.

This is the time to be buying BRK while it has been beaten down to the tune of around 17% over the last year and over 25% these past few months. It is a conglomerate worth owning that does not pay a dividend and has a proven positive track record lasting decades. Whether one has $1,000, $100,000 or $10,000,000 to invest, it should be directed to BRK over the next five months so long as one does not need a dividend and is seeking capital appreciation over the long term (ten or more years).

BRK comes in two versions; the “A” shares and the baby “B” shares and they mostly trade in concert with one another. Most Americans will buy the $170 +/- BRK.b shares which trade an average of eight million shares daily. But if you are able, purchase the BRK.a shares which are at around $250,000/share, and trade a little over 400 shares daily. This is a long-term stock, one to own for your retirement and potentially hand down to your beneficiaries when you pass.

BTW, here is a link to my most recent permanent portfolio update.

Today is Mother’s Day for 2020 and many are celebrating their mothers….from a distance. Unfortunately, I am doing the same, as my mother is in a physical rehabilitation center two hours to my north.

I have been more fortunate than many in having such a loving mother over the years. She has truly been an amazing mother, and she is an amazing person for anyone who has been fortunate to meet her.

My mother provided a safe and nurturing environment for me and my siblings to live. She kept us constantly busy; cleaning the house, volunteering our time, giving us entrepreneurial direction, etc.

Yesterday, Saturday, May 9, 2020, the Libertarian Party National Committee (LNC) met online to decide how to go about their 2020 national convention due to the COVID-19 pandemic. The previous Saturday, the LNC met and canceled their contract with the JW Marriott in Austin, Texas. This is becoming a common scenario with political parties as they make changes in their conventions in light of personal distancing requirements as well as travel challenges.

The LNC has decided to choose our Libertarian Party Presidential Nominee on Memorial Day weekend, the original time of the Austin, Texas convention. This will likely happen via ZOOM and details will be forthcoming for delegates. The choices for presidential nominees are extensive and vary greatly. You can see a complete list here.

As for other business before the national Libertarian Party, there will be an in-person convention happening July 8-12 at the Rosen Shingle Creek in Orlando, Florida.  No charge for parking for convention attendees 🙂

Yesterday’s meeting got bogged down in a minutia of Roberts Rules of Order as well as an embarrassing amount of infighting. No wonder, current Chair Nicholas Sarwark is no longer seeking to be chair (at least as much as I’ve been told). He was obviously frustrated throughout the eight-hour-long meeting that went from public comments to the LNC meeting, to Executive Session, then back to the actual LNC meeting where the final decisions were made.

Today, the Bylaws and Convention Rules Committee will meet.

For those wishing to watch party business, you can subscribe to the Libertarian Party’s YouTube channel here. Under Sarwark’s leadership, the party has been very good with transparency. In addition, to yesterday’s meeting, you can watch past videos that are very informative and occasionally entertaining.

There are many reasons why the Founding Fathers are rolling in their graves.

The coronavirus is merely the most-recent example. 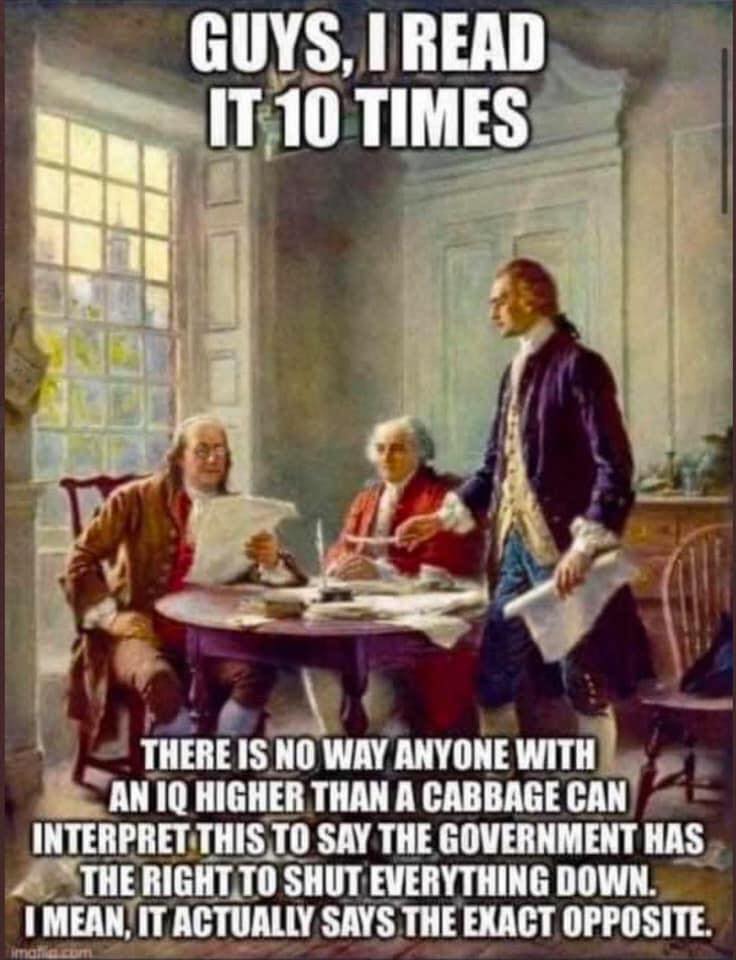 While law-abiding people are worried about crime and societal breakdown, it appears that criminals also have something to worry about. 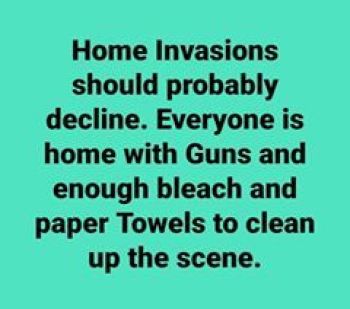 No matter how they expressed their emotions, everyone agreed that the scene off the Malibu coast Monday morning was exactly what America needed to get through this pandemic. Celebrities gathered their multi-million-dollar yachts on the waters of the Pacific Ocean and spelled out “WE’RE ALL IN THIS TOGETHER.”

“We’re just like you,” said Ellen DeGeneres on her Instagram as her servants sailed her yacht into position to form the apostrophe. …”Stay…

I was not planning to do another update to my Permanent Portfolio until August 21, 2020, which would be the five year anniversary I made this portfolio public, but with all that is going on, I thought we’d do a quick check-in.

So, we have had one change regarding the CurrencyShares Singapore Dollar Trust. This is no longer on the exchange so hereon, I will use the actual currency exchange rate between the Singapore Dollar and the U.S. Dollar. It had almost no effect as the Trust never moved very much and you will see at 71SD to 1USD, it is precisely the same value it was in 2015.

Moving on to the portfolio as a whole, much to my surprise, it actually ticked up since the beginning of the year. It went up 1.3% YTD while the S&P and DOW have been down YTD. Perhaps the most disappointing so far this year has been Berkshire Hathaway, NVR, Vanguard’s Small Cap Index Fund, and Vanguard’s U.S. Real Estate Fund. These have taken a dive. It is for these reasons I strongly recommend dollar-cost-averaging so you are buying shares each month or each quarter – sometimes at a lower price and sometimes at a higher price. This portfolio; however, is designed to be static (no trading).